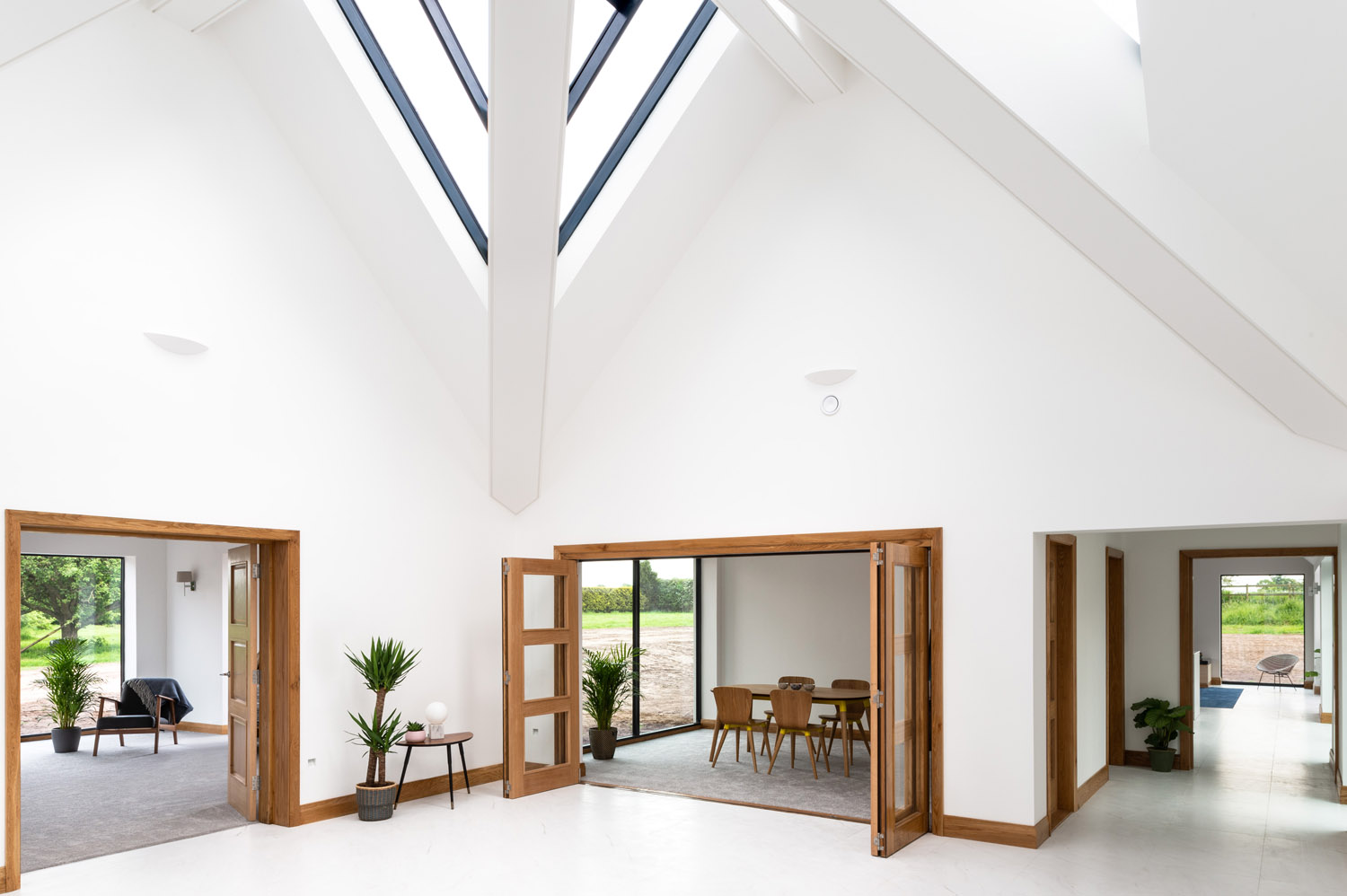 This new private family home is a contemporary retelling of traditional vernacular domestic architecture set within the Cheshire countryside.

The house is based on a cruciform plan with parapet gabled walls defining the end of each wing. The parapet gabled walls and pitched slate roofs create simple, clean forms accentuated by the external material choices of white render and masonry, while traditional architectural details such as exposed rafter ends, stone copings and brick chimneys create a solid, grounded aesthetic. The large expanses of glazing add to the crisp modern appearance and the cruciform layout allows for visual connections between the separate wings of the house as well as to the walled garden and the surrounding grounds.

Internally, the interior spaces are in contrast to the low level architectural appearance of the exterior. Within the family and formal wings, high pitched ceilings allow extensive light into the spaces, whereas the relatively low ceilings of the bedroom wing provide a more intimate and calm atmosphere. However, the most unexpected element of the design is at the meeting point of the four wings. In the centre of the single storey house a large, bespoke glazed lantern forms the ceiling of the entrance hall, flooding the space with light and air.

From this dramatic central space the four wings of the house separate the accommodation into different uses: family living, formal, bedrooms and services. Although each wing has its own interior design ambience, the different spaces are connected through a considered palate of materials. Pale tiled floors, dark framed windows, white walls and oak joinery provide an understated backdrop. The glazed link with slender circular columns, the large windows of the master bedroom and family room allow connection to the private walled garden from different areas of the house.

The high performing building fabric, in conjunction with sustainable technologies such as air source heat pumps and solar PV panels, results in a high standard 5-star EPC rating and SAP Band A rating.

The client’s brief was ambiguous, their only stipulation was that the house should be single storey and have level access. Our aim was to design a contemporary take on a traditional house type while steering away from being too trend focused or fashionable. Our ethos within the practice is to design long lasting, considered, thoughtful architecture and create internal environments which recognise how people actually use spaces.

The house is beyond our client’s expectations, providing large, generous, connected spaces which reflect the way they live and also take advantage of the substantial surroundings. 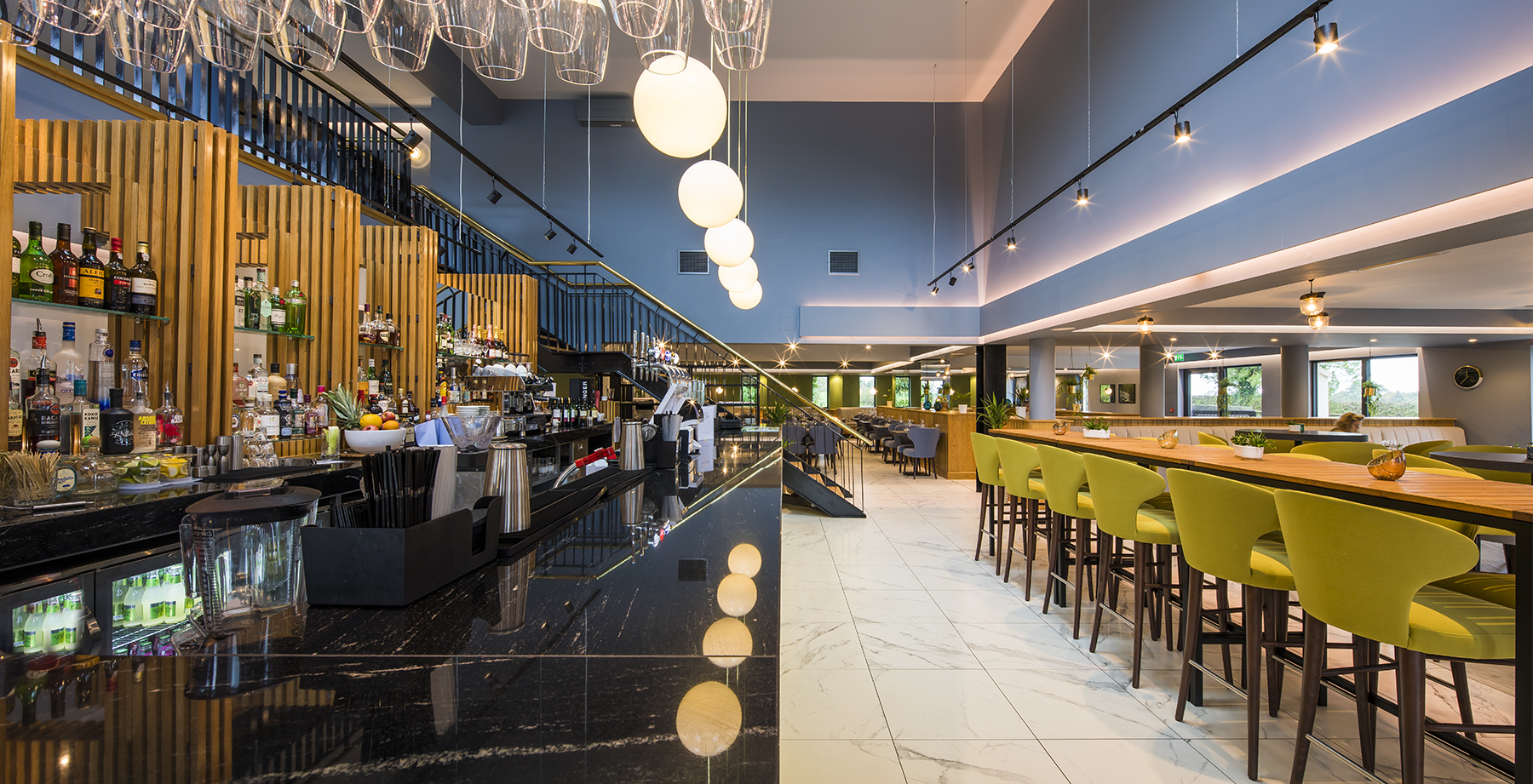